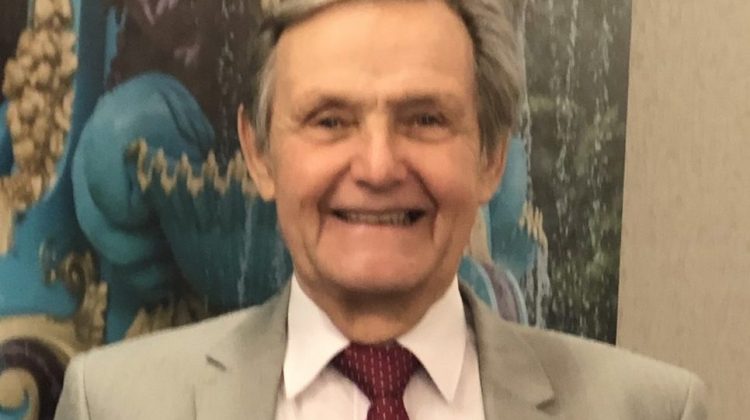 The “equality principle” is built in to the employee ownership legislation: it means that all qualifying employees (beneficiaries) must be treated equitably. Note that equitably does in fact not mean equally: it means fairly. Thus distributions from an employee ownership trust can be made equally to each of the beneficiaries but they can also be paid out pro-rata to salary, length of service or hours worked. All of these alternatives are deemed by the legislation to be equitable.

But sometimes boards need to go the extra mile to attract or retain a key member of staff and the Enterprise Management Incentive (EMI) is an HMRC approved scheme which can do just that.

It involves awarding options* to a key worker (not necessarily a manager) to give him or her the opportunity to buy shares in the company at today’s price but at some time in the future – up to a maximum of 10 years. The right to buy the shares (to exercise the option in technical language) can be made conditional on agreed targets being met. These might, for instance, be that sales reach £5m by the year ending 31st March 2023 or profit after tax doubling in 5 years or that the company is taken over.

One of the many attractions of the scheme is that the grantee (the key worker) does not have to put any money up front. The shares under option are only paid for if the option is exercised and that only happens if the grantee thinks it is worthwhile to do so. In the context of an EOT controlled company, the Trust will often be a willing buyer of these shares and the option holder may be able to agree to exercise the option and sell the resulting shares to the EOT on the same day.

If the admittedly complex rules are adhered to and the grantee has held to option for two years from the date of grant, the transaction will qualify for Entrepreneurs’ Relief and capital gains tax will only be payable at 10%.

Even better, HMRC will often agree a market price at the date of grant that is lower than the market price. That is because a minority stake is often priced lower per share than a controlling interest. EMI options are often for very small percentages and, in themselves, such stakes have little power. They cannot block a special resolution, they can be compulsorily acquired by a purchaser who buys 90% of the shares: they are pretty powerless. This lack of power is reflected in their valuation.

From the company’s point of view, the benefits are that the grant of an EMI option if often traded off against a higher salary so that cash is conserved in the company.

For the Trustees, the position can be a little more complex. Assuming the option is to subscribe for new shares, the question for the trustees is: should they agree to have their equity stake in the company diluted? Especially as they have a statutory duty to act in the best interests of the beneficiaries at all times.

The trustees will have to ask themselves if the trust will be more valuable holding a smaller stake in a better performing company than it would be if it did nothing.

Here we need the calculator. Suppose a trust held a 60% stake in a company that was making £1m after tax and the board proposed to attract a new MD by offering the postholder an option into 10% of the equity if profits after tax increased by 25% in the next 3 years.

The first bear trap is to assume that the exercise of the option adds 10% of the 100% to the shares already in issue. If the postholder is to have 10% of the company the 10% needs to be of the enlarged equity rather than the existing equity. For those with a mathematic bent, the denominator also has to change. The existing 100 shares will now represent only 90% of the equity and the new person will hold 11.111 shares. 11.111 = 10% of 111.11 shares.

In practice we solve these fractional problems by subdividing the existing shares, usually £1, into 0.0001p or even smaller amounts.

If we assume that the profit target is met, its shares will then have earnings amounting to 54% of £1.25m or £675,000 rather than the £600,000 that it started with so the dilution has been, on the face of it, worthwhile. Assuming of course that the EMI option brought about all of the increase.

But another point to bear in mind is that if the target is just missed, some benefit would still accrue to the trust at nil cost in terms of dilution and the company would have saved cash.

Trustees should always ensure that performance targets are stretching and bring additionality on terms of outcomes.

And finally, for A level students, here is another example. What happens if we push the boat out and offer an option into 20%.

BUMP! We fall into another bear trap. If the company offer too large an option or series of potions the trusts share of the equity will fall below a “controlling interest” of 50% plus one share and all of the tax advantages will be lost.

Sale only options, where the EMI triggers only if the company is sold (which the trust deed usually permits, if at all, only if a significant majority of the beneficiaries vote in favour) is a good way of spreading the benefits of outperformance. EMI options can also be used to reward non-beneficiaries.

In short, the EMI option is a most useful and versatile financial planning tool.

*An option is the right, but not the obligation, to buy securities at a fixed price at a future date. 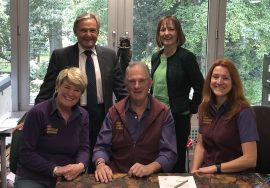 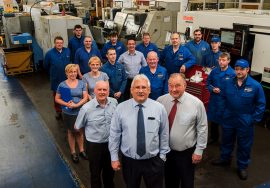 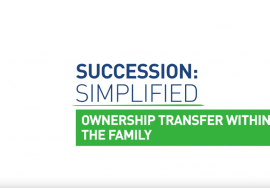