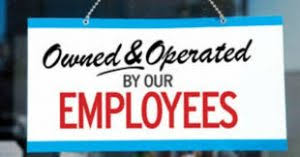 When the going gets tough….

I’ve worked through several recessions and I believe this will be the toughest yet.  I’m speaking to companies on a daily basis who are facing unprecedented challenges.  The impact of COVID19 was as rapid as it was unexpected. Coming as it did after several years of uncertainty; two elections, two referendums (if you’re in Scotland!) and the decision to exit the EU, it has not been an easy time for business.  COVID19 resulted in many businesses having to close temporarily, or curtail their activities.  Some companies, such as care providers or operators in the food supply chain, found that the sudden increase in demand brought a different set of difficulties.

It is tough, but there is some hope for employee owned businesses (EOBs).  A study undertaken in 2014 by researchers at Cass Business School at City University, London compared 39 EOBs to 239 non-EOBs across a range of sectors.  The EOBs were matched with non-EOBs similar in scale and industry.  Performance was tracked from 2008 – 2011. These were the years of the last UK recession following the banking crisis.

Over the period of the study, non-EOBs showed a significant and steady decline in turnover, dipping into negative growth, while EOBs continued to show positive growth in turnover.  The employee-owned firms tended to maintain or increase their employee numbers and also improved on productivity.  Profitability was sustained, whereas it declined in the non-EOB comparison group.  The results were conclusive; employee-owned businesses fared better than conventionally structured firms during times of recession.

Why would that be?  The researchers proposed a number of explanations:

The research also found that conventional businesses were more able to access support during favourable economic conditions. This is not something that EOBs had come to rely on and therefore didn’t miss it when withdrawn.

The business forecast for the next few months is gloomy.  It is going to be tough- probably much tougher than 2008.  The 2014 research is an interesting piece of work, presenting a powerful case that employee ownership brings some resilience during stormy times.  Let’s hope that this resilience helps as many employee owned firms emerge from this crisis stronger, healthy and ready to meet the challenges of the “new normal”.